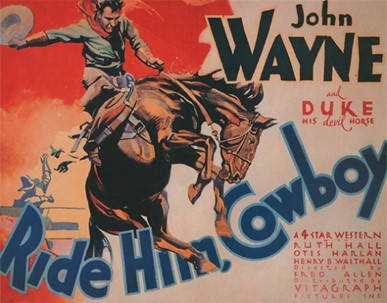 Horses and Hollywood traced the story of the horse in film and television. Western film legend John Wayne was once quoted as saying, “Nothing is as exciting as a horse. Planes, cars, trains are okay for speed. But for excitement, there’s nothing like a horse.” Filmmakers have understood this sentiment since the beginning of the industry. Horses were a favorite subject of early film pioneer Thomas Edison. Traditionally, the movie and television horse has not been able to achieve stardom on its own. With a few exceptions, the great movie horses have been partners of the great movie cowboys.