A Thousand Words: Tips for Turning Clues Into Facts

This painting of the horse Onondaga led researcher Yvonne Giles to learning much more about her family history.

This blog is written by Yvonne Giles, an experienced and beloved community historian in Lexington, Kentucky. She shares her hard-earned wisdom on following clues in order to track down solid facts. Pieced together, they form a more complete picture of her family's story.

We have all heard that a picture is worth a thousand words. How can photos and a painting lead to the creation of narratives about African American horsemen?

Start with your oral history and listen/look for keywords

Great-aunt Beatrice had shared with me in 1975 the family’s history and gave me photos. Among them was one of her father, mother, youngest brother John, and older sister Lucy. Lucy had been named in honor of Lucy Young, wife of the owner of the horse farm on which her father had worked. 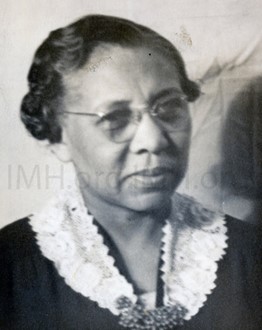 Some twenty-five years later, great-uncle John Brown at the age of 97 handed me a package that clearly contained a print. His comment was that it had hung on the wall of his childhood home ever since he could remember.

He and my mother reminisced about the homestead, recalling relatives who visited and some who stayed for extended periods of time. Our family lived in one of the three homesteads built on property on which they had been enslaved. My great privilege was to walk just down the road to visit my great-grandmother and great aunt and to dust the intricate surfaces of the furniture with my small fingers.

I was ten years old when the matriarch of the family died at the age of eighty-five; her surviving children gathered for the funeral and then claimed items of significance. Uncle John became caretaker of the print.

Inspect for writing, front and back, items that you or other relatives might have

Once home, the wrapping was removed to reveal a painting of a horse. I looked carefully at the lettering. 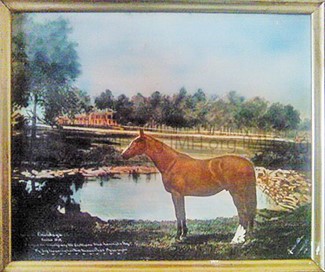 To have a horse identified in this manner meant its lineage was significant, it was a Thoroughbred! So where was there more information about him? The most reliable source could be found at the Keeneland Library.

Onondaga along with Pisaro, Duke of Montrose and Strathmore were retired to stud at the McGrathiana Farm. The farm had been established when Henry Price McGrath purchased 420 acres in 1865. McGrath died in 1881. Milton Young from Henderson, Kentucky purchased the farm in 1884. The stallions were the early foundation of Young’s breeding operation when he moved to Lexington and expanded his involvement in the industry.

Census search found that the Brown household was listed in the same enumeration area as that of Milton and Lucy Young’s farm, McGrathiana on Newtown Pike. 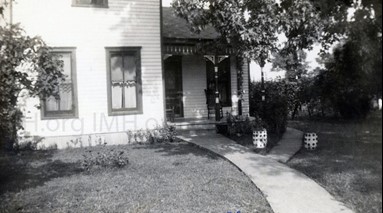 The author's grandmother's house on Newtown Pike in Lexington

Archived newspaper articles confirmed Oscar Brown’s employment on the farm for some twenty years. As a young man he began working with Young and stayed with him until the farm was sold in 1908. Oscar’s obituary stated that he had handled the famed Hanover, retired to stud at the farm. Hanover was one of the first Thoroughbreds inducted into the National Museum of Racing and Hall of Fame in 1955. 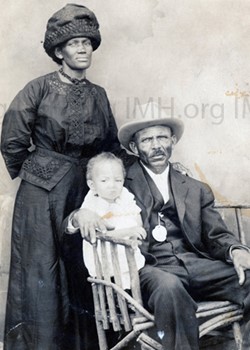 In looking at all the census enumerations for the family another relative involved in the industry was discovered. George Knox was listed in the household of his aunt, mother of my great-grandmother who would marry Oscar Brown. George, as a young boy, associated with the Fleetwood Stables of J.W. Hunt Reynolds. An 1880 issue of the trade journal, Kentucky Live Stock Record, and the same year census enumeration for the farm, listed George as a jockey and an employee. He worked with the famed trainer Eli Jordan and jockey Isaac Murphy. George’s front page obituary confirmed his relationship to the family and association with the stables.

Putting all this together altered my perception of the importance of their lives and elevated my appreciation of the career my great-grandfather and a fourth cousin had chosen.

You, too, may possess “thousand word” narratives. Look through your photos and family records and share them; they will contribute to and support the Chronicle of African Americans in the Horse Industry.