Bill Cooke, Director Emeritus of the International Museum of the Horse, shares where he found the inspiration and community support to make the horse industry a more inclusive space, both within the museum’s walls and through the online Chronicle.

I first became enthralled by the story of African American horsemen after reading Dr. Pellom McDaniels III’s excellent 2013 biography of the great 19th century jockey, Isaac Murphy, The Prince of Jockeys. Murphy was of special interest to me, as he was reinterred to the Kentucky Horse Park three weeks prior to my acceptance of the position of Director of the International Museum of the Horse (IMH) in 1977.

Through a mutual friend, I had met Pellom prior to the publication of his book, and am still honored to call him a friend. In 2015, Becky Ryder, Director of the Keeneland library arranged for Dr. McDaniels to come to Lexington to present a lecture on his book. I was asked to join a small group of African American community leaders and relevant members of Lexington’s horse industry to plan a full week of book related activities during Pellom’s visit. This group would later form the core of what is now Phoenix Rising Lex, a non-profit organization promoting the recognition and study of Black horsemen and women in the Bluegrass.

As my knowledge and enthusiasm for Black horsemen and women grew, I made a commitment in 2014 for the museum to create a permanent exhibit celebrating Black horsemen and women, who were so instrumental to the establishment of Lexington as the epicenter of American Thoroughbred racing. Shortly after, realizing the scope and importance of the story that we intended to tell, the decision was made to limit our exhibit to Kentucky. But this is truly a history of all America, and far from one of only a sport and its participants. 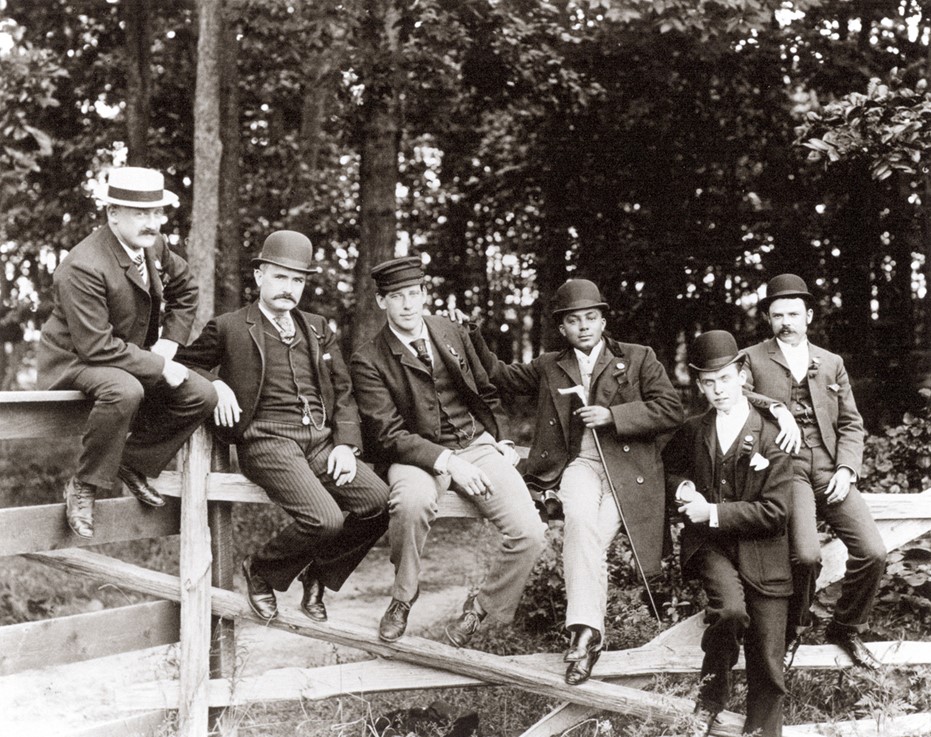 Isaac Murphy (in bowler hat and cane) celebrates his victory over Tenny at clambake in 1890. Murphy was the first jockey, black or white, to be inducted into racing’s Hall of Fame. Photo courtesy Keeneland Library

The fact that Isaac Murphy, a former slave, was the most celebrated sports hero in the nation during the late 19th century suggests a nation quite different from that seen before or after Reconstruction. The Black experiences in the stables and on the country’s tracks offer a microcosm of a broader American history, as it struggled with the issues of enslavement and the “separate but equal” repression and racism following the Plessy vs. Furguson Supreme Court decision of 1896. These are issues that still haunt us today. Thus, the idea of a national chronicle was born.

Great strides have been made in the last 25 years to unmask this history with well-researched publications by authors such as Pellom McDaniels, Katherine Mooney, Joe Drape, Ed Hotaling, Mary Jean Wall and others. Their works have sparked public interest across the country. As would be expected, these publications have primarily focused on the great Black jockeys and trainers of the past. While this has been a notable step forward, a need remains to examine the experiences of all African American horsemen on a broader and more inclusive spectrum, and to gather the names and rich stories of those men and women before they are lost. 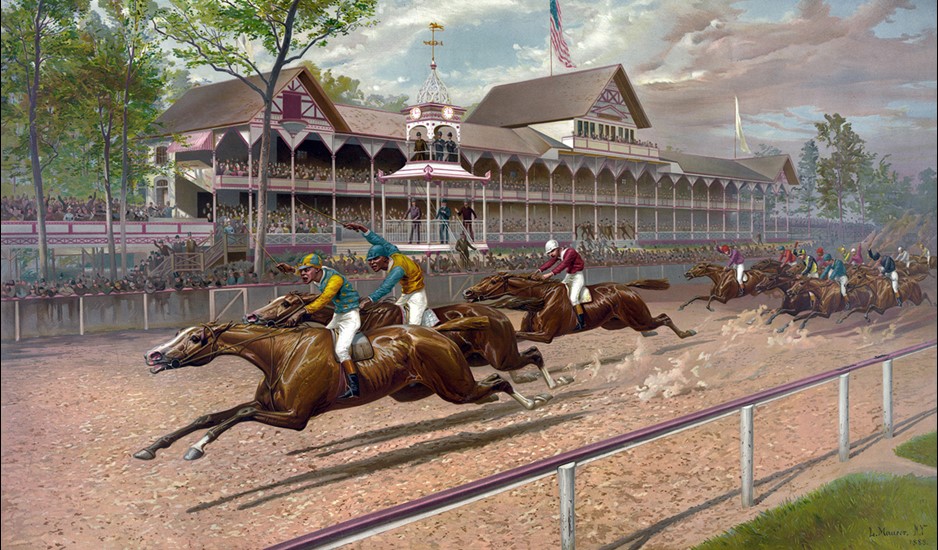 Research indicates that information on Black horsemen and women can most effectively be sought in the regions where they lived and worked, and where it is more likely that their descendants still reside today. For our program to succeed, we will also need the support of African American museums and organization across the nation.

Unfortunately, time is our enemy. With each passing year we lose vital links with those who could expand the story of Black horsemanship by sharing stories of their ancestors passed down from elders and written in family histories. These families are who we hope to reach, particularly those families whose ancestors worked with horses during enslavement, for whom scant public records exist. The Chronicle website will offer everyone the opportunity to inform us of past family members who worked in the horse industry and to save their stories for posterity.

Over my four decades as Director of the IMH, I have had the privilege to curate or work on more than 100 exhibits and projects, including three major International exhibitions. While all were special, none have ever grabbed me the way that the Black Horsemen of the Kentucky Turf exhibit and the Chronicle of African Americans in the Horse Industry have. This is important history that deserves to be saved, and I invite you to read the works of some of the authors mentioned above, and to discover this largely unexplored aspect of America’s history.