AFFIRMED: THE MAKING OF A CHAMPION 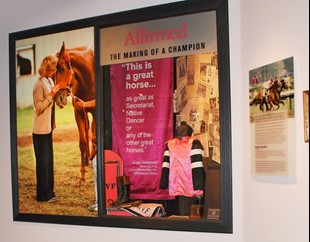 In 1978, Affirmed became the third horse of the decade and the last horse to win the elusive Triple Crown until American Pharoah in 2015. His duels with Calumet Farm’s Alydar stand as perhaps the greatest rivalry in the history of American racing.