In 1879, the Clydesdale Breeder’s Association of the United States was established in Illinois. The first volume of their studbook was published three years later. By the end of the 19th century, the Clydesdale was the third most numerous draft breed in America, and was well established in both rural and urban America.

Following the European tradition, many companies, especially breweries, put together colorful four and six horse hitches to help advertise their products. Since the repeal of prohibition, the Budweiser Clydesdales have carried on this tradition, helping to make the Clydesdale one of the most recognizable breeds in America. 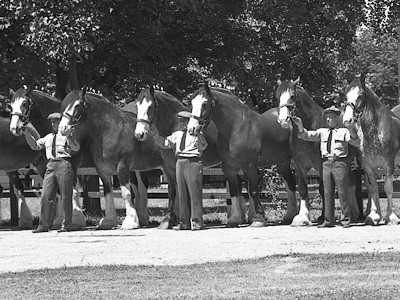