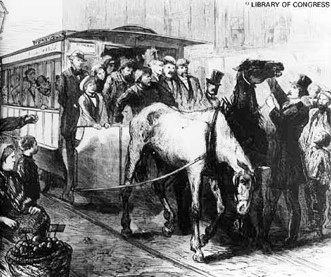 The practice of veterinary medicine probably began in Africa and Asia about 2000 BCE We find essays on animal diseases in ancient Egyptian literature; and this knowledge was further developed by the Greeks, particularly Hippocrates and Aristotle. Alexander the Great instituted programs to study animal diseases in the late 4th century BCE The Romans also made important breakthroughs in the study of diseases based upon their work with animals. They advanced ideas of quarantine as a preventative practice. But the first proper college of veterinary medicine was not founded until 1762 when the Ecole Nationale Veterinaire was begun in France.

Remedies for Man and Beast 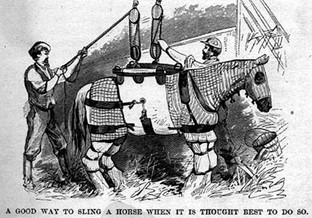 With the increased reliance on animals in the 1800s – both as a food source for a rapidly growing population and in the horse as means of power – schools of veterinary medicine were opened throughout Europe and America. The veterinarian became an important member of all communities. Until recent times, the healing of animals and humans was not as separate as today. The horse doctor often delivered human babies or set broken bones. Horse liniment has been applied to many a scratched knee – both colt and kid. 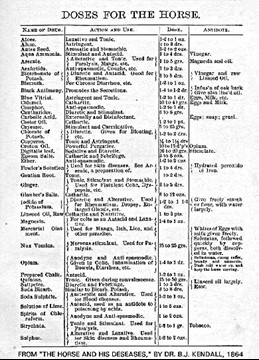 Until the middle of the 1800’s, an owner of an animal could treat it any way he wanted. Some owners abused their horses. Animals were beaten when they were too tired to continue work or when they became intractable. Observers were helpless to intercede when horses were cruelly abused. In 1866, Henry Bergh founded the American Association for Prevention of Cruelty to Animals. Bergh had witnessed harness horses being abused and worked to exhaustion only too frequently. Through his efforts, the first law to protect animals was passed in New York State. The ASPCA provided ambulances to rescue injured horses, and maintained shelters for their care and rehabilitation. In 1912, the ASPCA opened its first clinic, and pioneered the use of anesthesia and radium in animal surgery. Today there are some 750 ASPCA groups throughout the country, dedicated to the care and protection of all animals.

Growing from a small organization dedicated to improving the lives of animals in New York City, the ASPCA now runs a vast variety of programs to help animals nationwide.