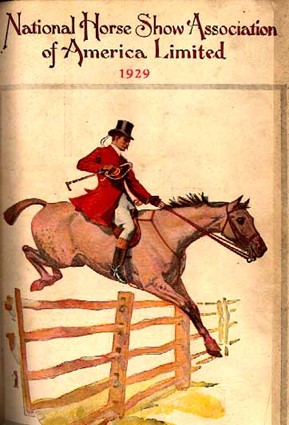 One of the most celebrated equestrian events in the United States is the National Horse Show, held each November at Madison Square Garden in New York City. The National Horse Show was begun in 1883, and became major event of the city?s social season. A new addition to the show’s schedule in 1909 was the international jumping competition.

Team events were begun in 1911. Although interrupted by World War I, the show again thrived in the 1920s and 1930s. In the early years, military teams dominated the jumping competition, but civilians now constitute the majority of entrants. The National Horse Show includes international team jumping, competition for national hunters and jumpers, saddle seat equitation, and harness competition.